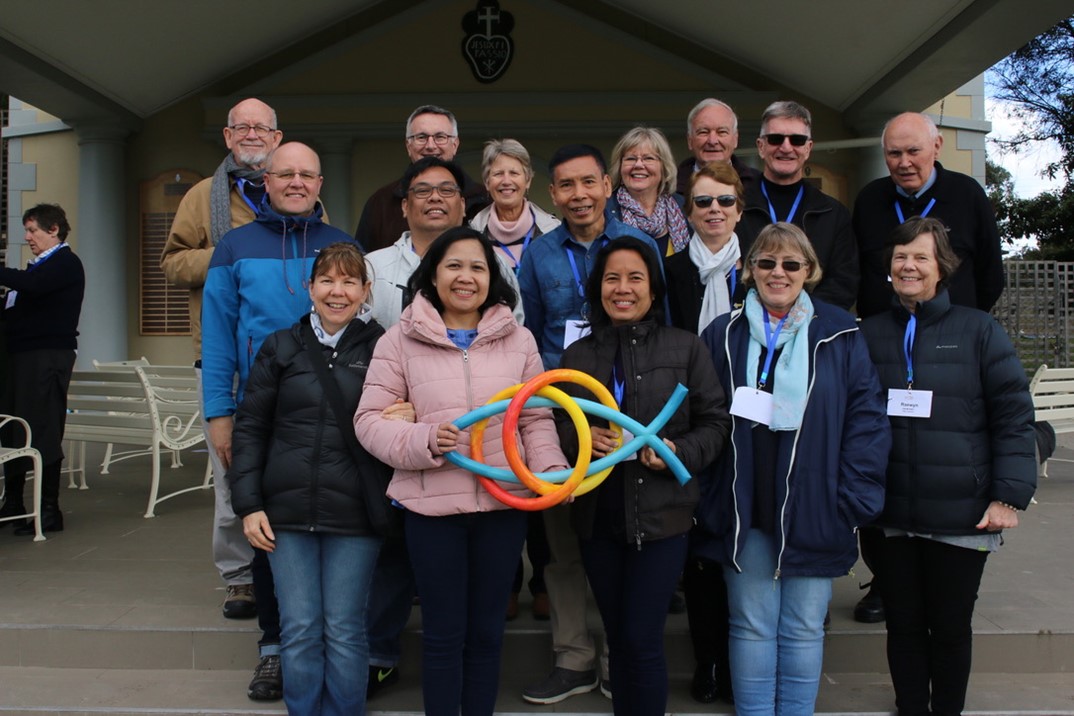 In the late 1930s in France, four young couples asked their parish priest what help might be available to support their Christian marriage. Fr Henri Caffarel recommended they join with him to “journey together and see”. This simple plan to build stronger marriages was the beginning of Equipes Notre-Dame or Teams of Our Lady. Now simply referred to as “Teams” in Australia, it has official recognition from the Vatican and is one of the world’s largest movements for married couples.

In 80 years, the general aim and format of Teams gatherings has remained almost unchanged. Across the globe, “Teams” of married couples gather for a meal, sharing life’s ups-and-downs, and spending time in prayer and discussing topics that enrich their faith.

Prior to coming to a Teams gathering, each couple is asked to make some time for themselves to “take stock” of how their relationship has been going since the last meeting. As is the case in marriage, there are times of stress and tension and times of happiness and joy — and everything in between.

The couple then decide what they feel comfortable to share with the group. As members get to know each other better, and because conversations are confidential and non-judgmental, the sharings are rich and life-giving. Most Teams also have a priest who walks with them on their journey. While offering spiritual accompaniment when needed, Teams provide pastors the opportunity to experience the realities of family life and a space for them to “be themselves”.

As a response to the Ecclesial Communities Consultation held in July, the National Centre for Evangelisation interviewed two couples from the Teams movement in Australia. Excerpts from the interview can be found below. 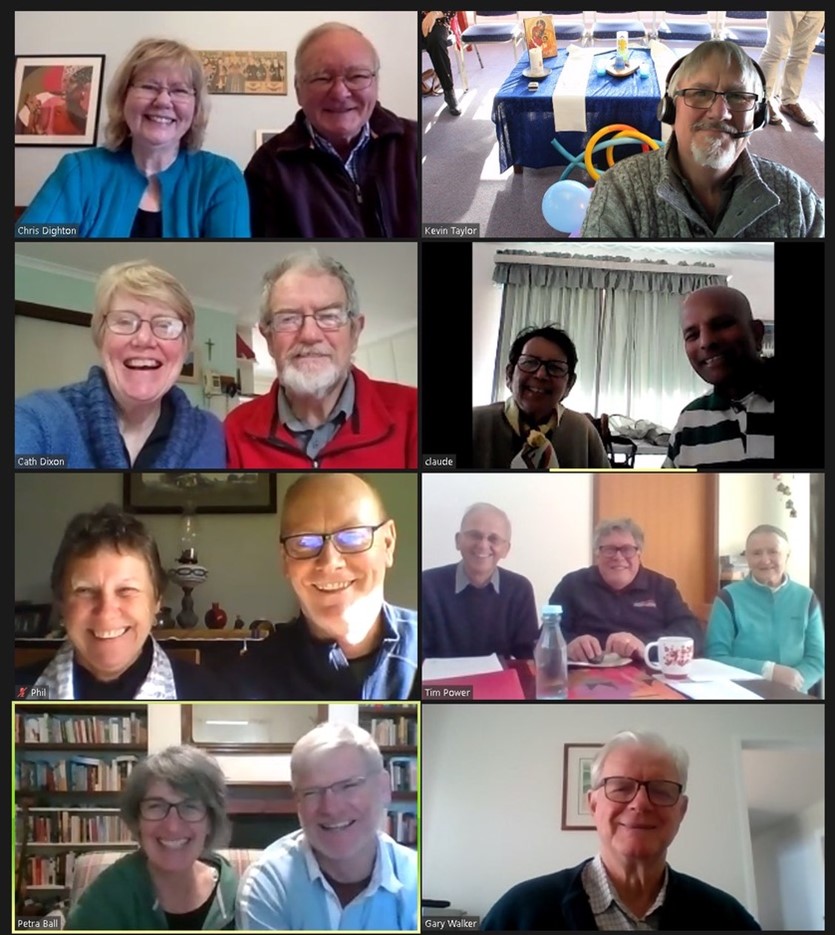 Chris and John Dighton, from Adelaide, have been members of a Teams group for 45 years. They both agree that the requirement to spend time together before attending their monthly meeting, referred to as a “sit down”, has greatly enriched their marriage. Chris and John note that they have been able to share challenges in their relationship, knowing they won’t be judged or counselled. John suggests that, in many ways, their Teams group has been closer to them than their own family members. Chris adds that their group has been enriched by having spouses who aren’t Catholic but are keen to grow in their spirituality and to strengthen their marriage.

Faye and Kevin Noonan, from Canberra, joined Teams as a young married couple. The multi-generational nature of their group provided a family-like setting where there was a complementarity between the wisdom of older couples and the vitality and energy of younger couples. Teams has provided Faye and Kevin with a safe place, a small community, for them to share aspects of their married life and to support other members in practical ways. Kevin notes that the encouragement for Teams members to spend time reflecting each month on contemporary topics about marriage and faith has strengthened the bonds that unite them.

The overall structure of Teams requires that at every level — local, regional, international — there is a designated couple with leadership responsibility. While the terms for the more senior roles can be lengthy, there is a model of succession planning which means no couple gets locked into a role for multiple terms.

Chris and John are currently finishing their five-year term as the couple responsible for Teams in Oceania, which includes Australia, New Zealand, the Philippines and Timor Leste. Faye and Kevin have a role at the international level, being responsible for a number of diverse English-speaking regions, such as the United Kingdom, Ireland, Trinidad, Oceania, India and parts of Africa.

Kevin notes that in some countries, such as Malawi in Africa, many Teams members are illiterate and face significant challenges, such as high infant mortality. For middle-class Catholics, hearing the stories of these Teams members provides an opportunity to reflect on what they regard as life’s priorities.

The diversity of cultures and contexts in the Catholic Church is also reflected in Teams. In Australia, the Eastern Rites of the Catholic Church have also embraced this movement. For example, the Maronite community has Teams that are flourishing. Kevin notes that at a recent international Teams event, a Mass was live-streamed from India in the Syro-Malabar Rite, providing a rich expression of the Catholic faith. 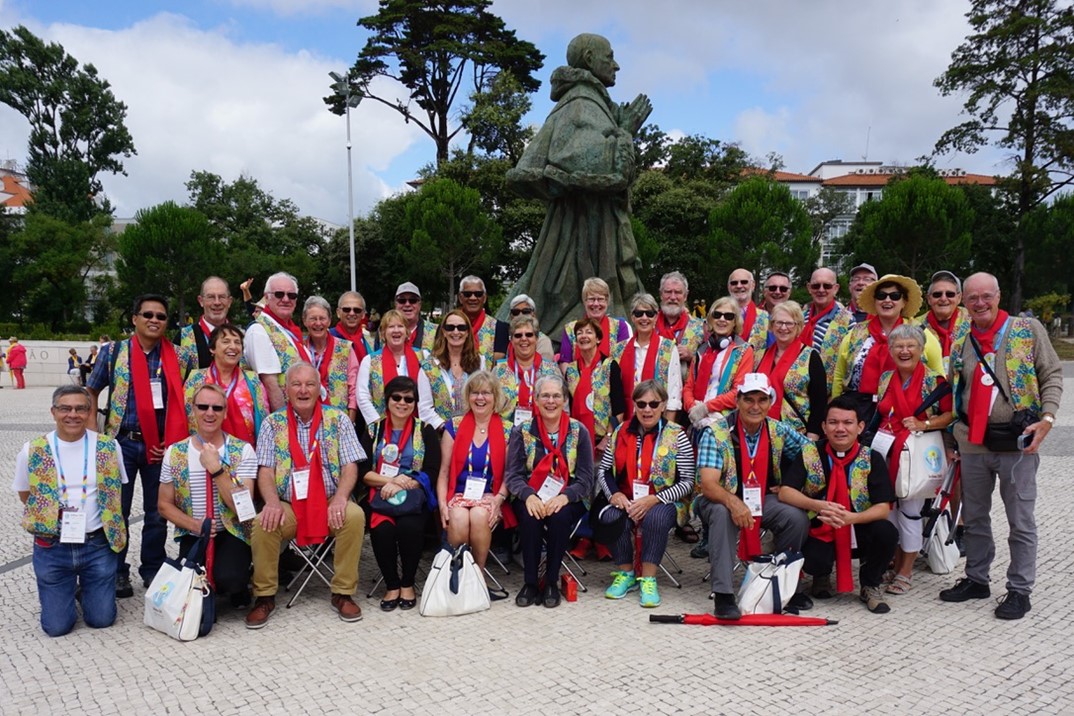 As a global movement, Teams operates in 93 countries. Apart from those groups linked to the Eastern Rites, the growth in Teams in Australia is stable, rather than growing. In neighbouring New Zealand, however, where there is strong advocacy for Teams by the bishops, the movement is quickly growing, with a high proportion of young couples joining.

In reflecting on the humble beginnings of the movement until now, Kevin highlights the fundamental focus of couples walking together resonates deeply with Pope Francis’ emphasis on synodality. There is also a feeling that in recent years, especially with documents such as Amoris Laetitia, there is a growing emphasis on supporting marriage and families.

Like the first couples who started this movement, Teams in Australia offers a married couple the opportunity to “walk together” with other couples who also want to strengthen their relationship, drawing closer to each other and God.